Business lobby group, the CBI has made headlines by calling for a rise in the national insurance threshold and for increased free childcare in an effort to tackle falling living standards across Britain.

For many Brits it has become increasingly difficult and expensive to support a family due to rising costs coupled with stagnant wage growth. Childcare costs have risen by a whopping 27% since 2010 meaning more and more families are witnessing their real income diminishing at a staggering rate. The result is surmountable financial pressure on parents, with many skilled workers having no choice but to stay at home rather than re-enter the UK workforce.

Although the changes called for by the CBI would certainly help alleviate some of the pressure, there are other considerations and challenges that have been neatly avoided. Which brings about the question: Should government or business bear the brunt of responsibility?

Where does the onus fall

The argument is solid. The UK economy will benefit from families having more disposable income, from having more of its skilled labour force back at work and from greater tax revenue. However; should it be government or business that pay for these childcare perks?

In an ideal scenario, these two players in the economy  would work together to boost skills and growth, but with the UK government holding £4.8 trillion of debt, is this where their money is best spent? Perhaps it is, perhaps not, I am not an economist nor clairvoyant. What we can address however, is what positive role  business can play.

What about the National Minimum Wage?

The CBI may be calling for government to make vital changes to assist hard pressed families, but it denies support for a rise in the national minimum wage or the redress of zero hour contracts (which don’t provide any paid maternity leave). These are issues that could greatly affect UK living standards and could positively benefit hundreds of thousands of Brits. Unsurprisingly, businesses are concerned that such legislation would “cut” into profits; however, the truth is that they have survived the implementation of minimum wage and paid leave in the past, with little to no effect on the bottom line. Additionally, a study by KPMG supported this notion and found that an increase in minimum wage would not affect profit.

The CBI did encourage businesses to adopt a presumption of flexibility for all potential employees. The idea of flexibility in the workplace has been gaining momentum and support as employers become more task orientated rather than measuring how many hours staff spend at their desk.  The government has recently passed more legislation on the topic and I feel the move towards flexibility is a pivotal piece in solving this puzzle. Employees should be able to strike a work/life balance which allows them to mould their time around life’s many demands. It can be especially difficult for families to work around their children and office schedules regardless of gender and greater flexibility can help ease the burden.

There are many considerations when it comes to raising the standard of living within the UK, and this is just one aspect of the argument. As we always tout on our blog, happier workers are more productive and when people are worrying less about putting food on the table for their families they are likely to be a whole lot happier. It is not to say government shouldn’t step in, just that in times when there are so many variables and factors, the UK economy and population could benefits from both business and government relieving some of the stress. 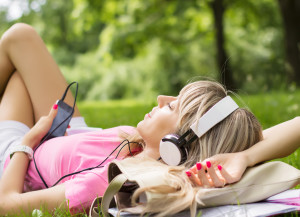 In preparation for Valentine’s day 2015, Approved Index launched a brand new study which aimed to take a closer look at love and romance within the workplace. The study, which was cond...
END_OF_DOCUMENT_TOKEN_TO_BE_REPLACED

As the UK economy is lurches sporadically between quarters of growth to quarters of shrinkage and back again it's becoming increasingly clear that these are the most uncertain economic times...
END_OF_DOCUMENT_TOKEN_TO_BE_REPLACED