Should Small Business be Panicking over Holiday Pay Ruling?

The recent Employment Appeal Tribunal (ETA) ruling regarding employee holiday pay has the business community in a frenzy and it’s easy to see why. UK businesses will now need to use paid overtime in calculating holiday pay meaning unplanned costs lie ahead. Lobbyists are saying the ruling could cost British businesses billions of pounds, “wiping out” many SMEs in a rampage. Dramatic headlines like “devastation to small businesses” have been strewn across newspapers bringing a wave of panic and uproar. The question is, what does this actually translate to for your average SME and is there a real threat to their survival.

Why is this happening?

EU law states that employees should receive 20 days paid holiday calculated using their average actual wage. This should include all elements that make up their take home salary including overtime, commission and any other factors. This law is guided by EU health and safety which aims not to discourage workers from taking their entitled leave due to lost pay. As it stood prior to this case, UK law only used basic pay to cover employee annual leave.

The ruling broken down

As it stands now, the exact details of what this will mean for businesses are slightly fuzzy. The ruling regarding whether commission should be factored into holiday pay will be heard later this year, but it is likely to side with employees. There is a lack of clarity surrounding how the pay will be calculated, especially for jobs which use overtime for certain seasons and it is unclear how employees will prove what overtime is essential to their role. Nonetheless here is what we know

But what about the billions of pounds!

It’s difficult to predict the exact effect the ruling will have and only time will reveal if the consequences are quite as dire as lobbyists predict. Fears around unplanned costs and the effects this could have on an already sensitive economy are certainly concerning. A recent survey of small business owners showed that one-third were paying staff voluntary overtime, meaning 40 000 SMEs could be affected by this case. However, it is important to note that businesses have adapted to changes in the past and many critics have argued that billions of pounds is a largely inflated number.

What this means for my business now?

This ruling has implications for small businesses that they should start addressing now. Unplanned costs to an SME can be difficult to cope with and can threaten your livelihood. It would be wise to start calculating commission and overtime into pay as soon as possible. This means more effort and time will be needed in working out holiday pay which is something you’ll need to account for.

If you have staff that work voluntary or obliged overtime, you could be facing backdated claims of a few thousand pounds for some employees. Starting to put money aside for these pay-outs would be a good strategy. Bear in mind these claims will take some time to sort through — possibly years — so there is time to build these costs into your financial plans. The time clause will limit the number of claims that can be made and government has discussed looking at offering a payment plan for companies that cannot afford to make the pay-outs all at once.

As real as the fear of uncertainty and unplanned costs are to small businesses the consequences have perhaps been slightly exaggerated. The implications of the ruling will show over the coming months and years, but the likelihood of mass action on breach of contract might not be quite as devastating as an epidemic that wipes out SMEs. 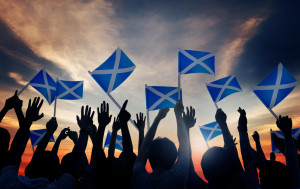 4 Reasons Scottish SMEs Should be Saying ‘No’ to Independence

With the latest debate between Alex Salmond and Alistair Darling deteriorating into an all-out pointing and shouting match, it’s time to look beneath the theatrics to what independence act...
END_OF_DOCUMENT_TOKEN_TO_BE_REPLACED