4 Reasons Scottish SMEs Should be Saying ‘No’ to Independence

With the latest debate between Alex Salmond and Alistair Darling deteriorating into an all-out pointing and shouting match, it’s time to look beneath the theatrics to what independence actually means for SMEs across Scotland.

With the vote looming, more and more businesses are stepping out of the woodwork to voice their concerns. A week ago 130 business leaders, including Douglas Flint, Chairman of HSBC and Andrew Mackenzie, CEO of BHP Billiton put their name to a letter urging Scots to vote ‘No’ to independence.

Many businesses have avoided the fray for some time, fearing a declaration of support for either side could alienate staff and customers and threaten potential government tenders. However, as the outcome seemingly hangs in the balance Scottish SMEs are starting to raise their concerns regarding the implications of independence. And here’s why:

The biggest issue facing business is all-round uncertainty of future economic conditions and regulations. There seems to be an ever growing list of unanswered questions and SMEs are realising they may be facing exposure to a huge amount of unplanned risk through a ‘Yes’ vote.

When the referendum was announced it seemed like a distant murmur that would never materialise with polls showing the majority of Scots planned on voting ‘No.’ However, as time has passed and the race nears its conclusion it has become increasingly apparent this will be anything but a landslide ‘No’.

SMEs have been asking for answers to questions such as what currency Scotland will be using in the event of independence? How will taxes and regulation change? When will Scotland meet requirements to join the EU? How will exports be affected? How will interest rates be protected? Unfortunately, as it stands the SNP (Scottish National Party) has failed to address any of these points in adequate depth.

At the centre of economic uncertainty lies the currency debate. 62% of businesses want to retain Sterling if independence is voted in. This is a major concern for Scottish SMEs, as the risks associated with a new currency are high and subject to large fluctuations affecting imports and exports. Furthermore, having a separate currency to Scotland’s main exporters (the rest of the UK accounts for 50% of Scotland’s export market) will mean the addition of conversion costs. Even if by some miracle the new currency stabilises instantaneously, competitiveness will be at stake.

Salmond has promised Sterling will continue to be used by Scotland. He has stated that the SNP will ensure this through post-independence negotiations, alluding to the leverage Scotland holds with its share of UK debt. However, UK government has been adamant that the pound will not be shared if Scotland decides to go solo

A chief concern for SMEs is the 90% reduction in their domestic market. The UK consists of 60 million consumers, while Scotland only holds 5 million. Additionally, although the SNP says Scotland will enter the EU, it may be some time before they meet the minimum requirements. This means, at least in the short term, an independent Scotland would have its exports not only to the UK affected, but the EU too.

Another glistened over impact is that of borrowing costs. Newly formed Independent Scotland will come with a heavy load of debt and without a sovereign ‘credit rating’, which means high interest rates for government. This alone will lead to several trickle down effects which contribute to a paucity of available funding from the financial sector with greater associated risk. What does this mean for your average SME or startup? Less available capital at a higher interest rate, which we can all agree is pretty bad for growth.

Salmond has recently taken to throwing around threats of defaulting on UK debt if the pound is not promised to Scotland. But the truth is, defaulting on debt would come with egregious consequences. Independent Scotland would become a global pariah with available borrowing all but cut off. And if they did manage to get themselves a loan, it would be with sky high interest rates. This would just exacerbate the above mentioned impacts on the private sector.

Perhaps Yes Scotland is Over Promising?

Yes Scotland is promising a lot – lower corporate tax, more jobs, better health and education, better pension benefits, ending bedroom tax, the reduction of air passenger duty, increased child benefits and so much more. What they haven’t mentioned is where they will be receiving all this funding from, nor are they addressing the issues and costs which will affect the companies who are ultimately responsible for job creation and tax dollars. In a world which is increasingly global and where unions provide strength to economies by supporting business growth and lowering barriers to entry, it seems counter intuitive to be splitting the UK. 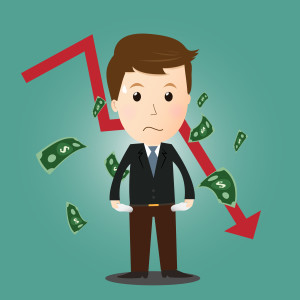 Should Small Business be Panicking over Holiday Pay Ruling?

The recent Employment Appeal Tribunal (ETA) ruling regarding employee holiday pay has the business community in a frenzy and it’s easy to see why. UK businesses will now need to use paid o...
END_OF_DOCUMENT_TOKEN_TO_BE_REPLACED