Windows XP: what does the end of support mean for your business? 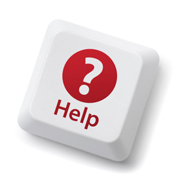 On the 8th April 2014 Microsoft plans to end support for its XP operating system, placing thousands of businesses at risk according to new research.

Despite Microsoft’s recommendation for a migration period of 18-30 months, independent research by Camwood show only 42% of companies have started the upgrade away from XP. This means that three in five companies still using the system are not prepared for Microsoft dropping security updates.

On their website, Microsoft warns that not upgrading means ‘[you] will no longer receive software updates … that can help protect your PC from harmful viruses, spyware, and other malicious software’; as a result this will also leave companies at risk from cyber attacks, security breaches and data theft. Worryingly, nearly one-fifth of IT decision-makers plan on continuing to run XP after the end of support.

In the research one quarter cited “the business” as a main barrier for not migrating, which can be assumed to be a combination of resistance from management to spend on system upgrades and the technical demands and financial ‘downtime’ impact upon the business caused by the upgrade process itself. For many of the organisations which had already begun migration, common barriers in the survey were named as hardware issues, lack of budget and migrating MS Office data.

Bestselling Software to be Replaced

XP has been Microsoft’s bestselling operating system since 2001 and is still so popular that they have struggled to convince businesses and consumers to upgrade. Newer operating systems, Windows 7 and Windows 8 were released during recession in 2009 and 2012 respectively.

Naturally, in tough economic times, most companies will avoid investing substantial amounts of money in what can be argued to be unnecessary technology and its associated support. Unfortunately for those businesses, Microsoft are now forcing an upgrade; on the one hand, this poses a risk to a company’s security that should, in turn, provide the motivation to invest; on the other hand, Microsoft will be able to offer far more streamlined support and updates that can more effectively respond to sophisticated cyber threats.