I thought I’d take some time out from our ongoing series on the small business in a recession to share some thoughts on social media and what the owners and managers of a small company can do to make it work for them.

How do I become a social media guru?

The short answer: get involved. Post often and post about stuff that excites you. Chances are, if you’re revved up about something it’ll have a similar effect on at least a few other people.

Social media platforms like Twitter, Facebook, FourSquare and Google+ are fantastic for targeted marketing. When people share, like or Tweet your posts they distribute them to a network of connected people with whom they share certain characteristics. These characteristics might include ones which make them suitable to your business. For example, someone who’s had a good experience with your company might decide to follow you on Twitter. The next time you Tweet an offer they might re-Tweet it to their followers who are all much more likely to be a suitable customer (due to what they have in common with the original customer) than a person picked at random off the street.

In order to capitalise on this effect you have to be active on social media platforms on a regular basis. It’s no good Tweeting or posting a Facebook update once in a blue moon and expecting an uplift in website visitors or footfall in your shop or restaurant. Much of social media marketing is down to maximising your chances of catching the eye of the right person at the right time – prompting them to react by further sharing your content or acting on the invitation/offer. Your chances are increased the more often you put something out there. As your network of followers/friends etc grows this catch-the-eye effect becomes more likely due to the law of big numbers.

So, all I have to do is post constantly?

Sorry: it’s a bit more nuanced than that. Constantly posting about nothing in particular will just turn off those followers you’ve been lucky enough to pick up.

The best thing is to be honest – post when you’re genuinely excited about something that you want to share.

But I run a small business – I don’t have time for this!

The most labour intensive part of the whole process is setting up your Twitter, Facebook, Google+ accounts. That’ll probably take a couple of hours if you do it right and add plenty of profile information (after all, you want people to know that it’s the real company, where you are, what your logo looks like, what your website address is etc). But you can spread this out into 20 minute chunks over several days if you really want to stick to the 20 minute rule (you’re so pedantic!)

You more than likely have a smart phone from which you can access Twitter, FB and the rest. Why not set a reminder at regularly spaced intervals, say four times a day, to do some social media updating? Some of these reminders will end up being ignored, or you won’t feel like you have anything to share at the time – but it will keep reminding you and getting you in the habit of thinking about it. You’ll end up engaging with social media at least once a day – the absolute minimum if you’re to achive guru status.

Pretty soon though you’ll get the bug – when someone likes or reTweets your stuff and you know your marketing message is propagating out into cyberspace (we still say that right?) you’ll want it to grow and grow.

Okay, I’m enthused. What next?

The actual posting only takes up about half of our alloted twenty minutes. What should you be spending the rest of the time on?

Yep, have a think. (In the marketing industry we call this strategising) You can do this over your porridge in the morning, in the shower, the car or while you’re doing boring repetitive tasks of which most businesses seem to have one or two.

What should you be thinking about? Who are your customers and why do they like your company? What can you do to make them tell their (online) friends about you?

Don’t be afraid to think outside the box: in fact, out of the ordinary stuff tends to be more likely to catch on. A cafe I visited recently was giving away free cups of coffee to anyone who checked into FourSquare while inside. You might think a cafe giving away free coffee is business suicide but if each of the people who took up the offer spread the message to 50 friends (who are likely to be local remember) that’s a pretty good return on (i’m guessing) 30p’s worth of coffee grounds, hot water and milk.

So think about what your business can do to get people Tweeting, Liking and +1-ing about you. You’re probably an expert on your business sector so don’t be afraid to share your knowledge with the world – people appreciate an expert, love to learn and love to share knowledge. Then stick it out there the next time you get a reminder and watch your social media influence slowly grow.

It does require patience and discipline, but, considering the outlay, the returns are practically infinite. 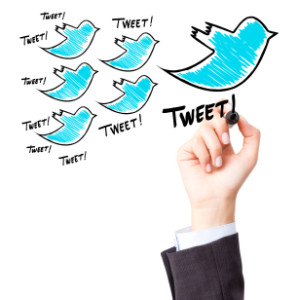 Approved Index customers are made up of all types and sizes of business and they all engage with social media to a varying degree. One of the most frequent questions we've heard about soci...
END_OF_DOCUMENT_TOKEN_TO_BE_REPLACED

Another week, and another week of excellent posts from the blogging world. Working in digital marketing I am always looking for inspiration for future projects and initiatives to roll out fo...
END_OF_DOCUMENT_TOKEN_TO_BE_REPLACED

As an online marketing executive I am always trawling blogs, websites and other various forms of social media in order to further my knowledge, and help develop new ideas for Approved Index....
END_OF_DOCUMENT_TOKEN_TO_BE_REPLACED